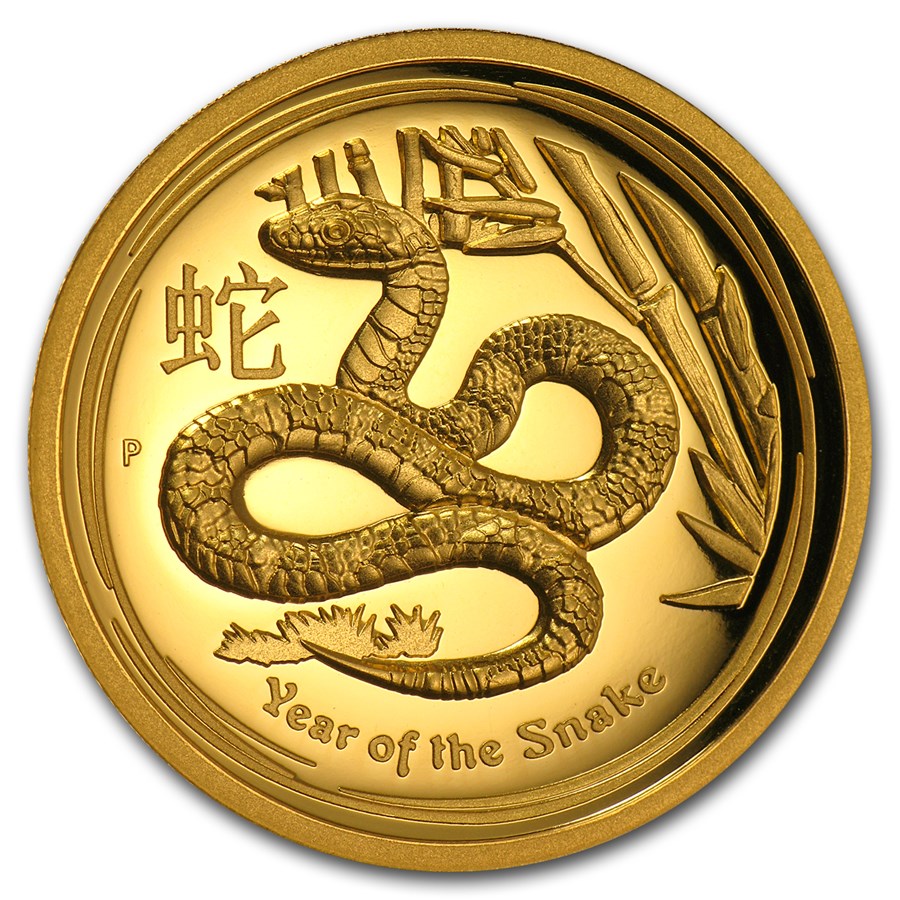 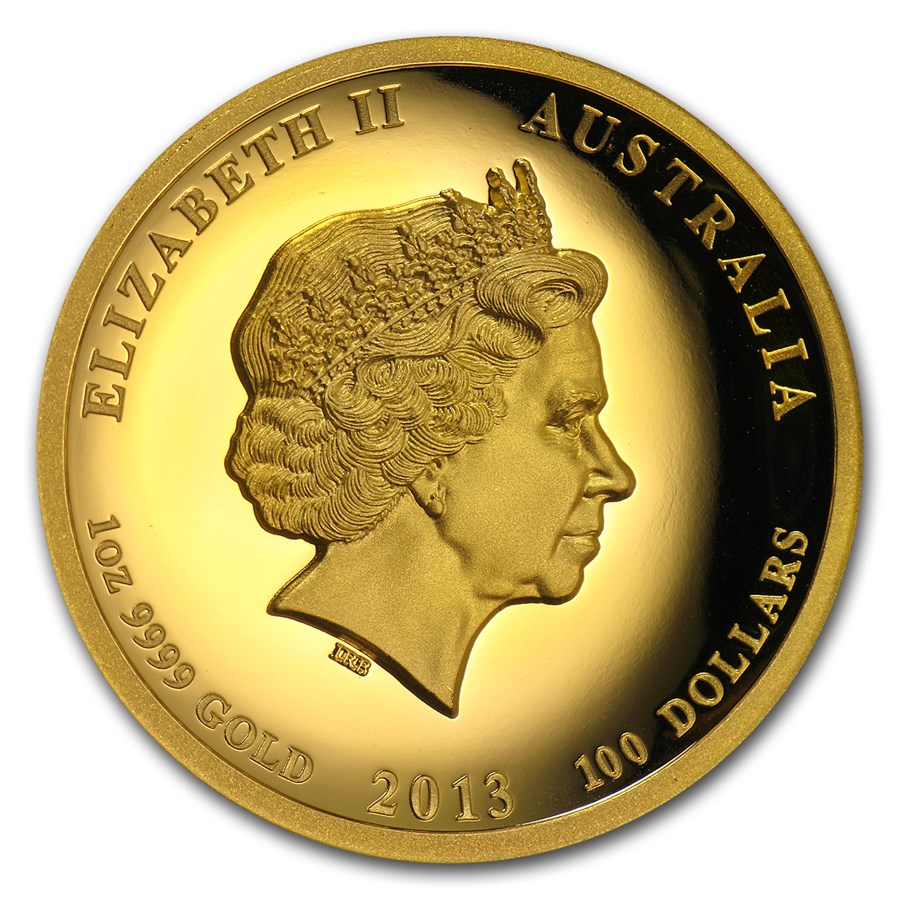 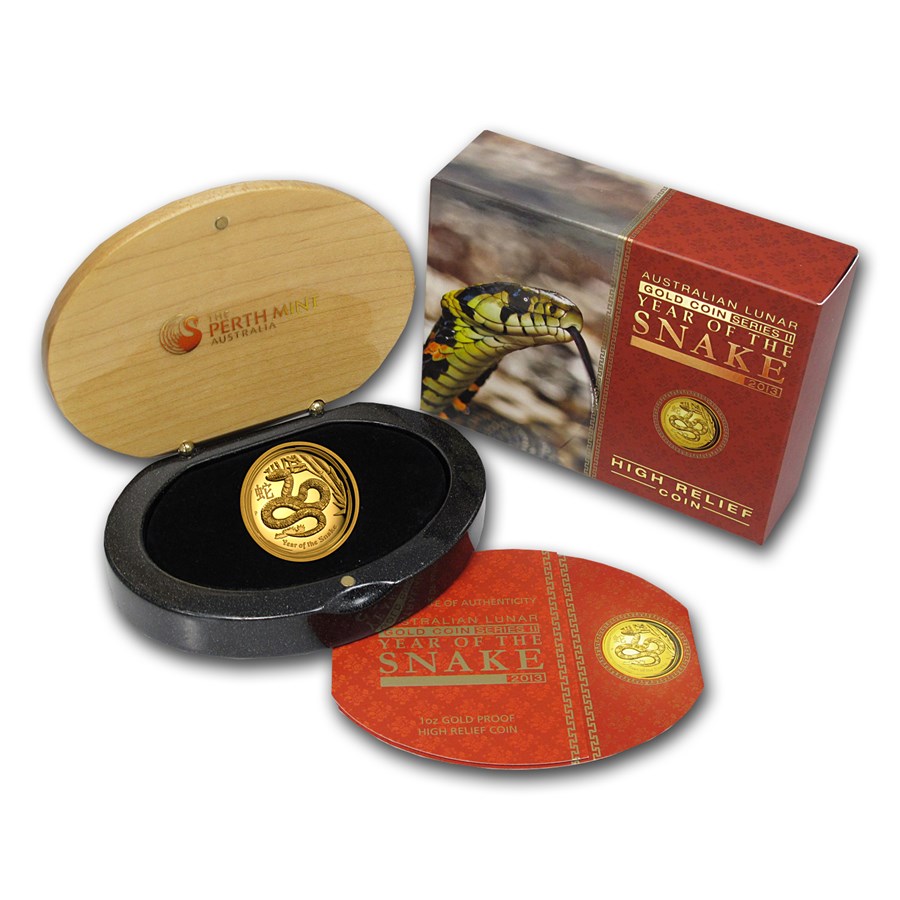 Delivery Information:
You can choose a company that will deliver the coins to you. We will deliver within 3-5 days.
Coin Metal Sample
9999
Pure precious metal in a coin
31.10
Coin value
100.00
Mintage
388
Year of issue of the coin
2019
Coin diameter
27.3 mm
Coin thickness
5 mm
Availability of a coin certificate
Yes
Similar Products

Australia's golden Lunar is a series of investment coins, the issue of which began in 1996. The theme of the collection is the eastern zodiac horoscope. The image on the reverse corresponds to the image of an animal, which according to the Chinese horoscope is the patron saint of a particular year.

The first series of Australian Lunar was produced from 1996 to 2007. Monetary units turned out to be so popular among investors that the Perth Mint from 2008 began to mint the second series, which turned out to be no less in demand. In 2020, the release of the third began.

"Lunar" of the II series "Year of the Snake" 2013 received a design different from the 2001 copy. The new coin depicts a snake, a symbol of wisdom and grace, independence and charm. It warms in the rays of the warm, spring sun on the green lawn. And around it impassable thickets of bamboo, on the branches of which young leaves bloom. At the bottom is the inscription "Year of the Snake," and on the left is the Chinese character and the letter P - the sign of the Perth Mint. The reverse traditionally depicts a portrait of Elizabeth II and a face value of 100 Australian dollars.

"Lunar" is made of gold 0.9999 samples, has a weight of 1 troy ounce, is made as "Proof high relief." The copy is perfectly suitable for investment, sold in an individual plastic capsule. A coin is available in our store. You can purchase it online with secure shipping to your address. All catalog items are authenticated.