Buying investment coins is one way to save and increase money. Over time, the value of banknotes grows, which forms a profit. In addition to investment, there are collectible or so-called commemorative coins. The difference between them is that the former are made of precious metal and released in a large circulation, as a rule, without reference to any date. Another thing is memorabilia. Their release is timed to any significant dates or events. In this article, consider the most common options.

We present gold coins of Ukraine, which are great for investing money:

One of the popular gold investment coins of Ukraine. Dedicated to the landmark of the same name in the Southern Crimea, erected in 1912. This money sign has never won prizes, including in international competitions. It was first released in 2008. Its obverse depicts a seagull and a sea wave, and in the upper part is the small state emblem of Ukraine. A semicircle is the inscription: "National Bank of Ukraine." Almost in the center is indicated the face value and year of issue. The reverse depicts the Swallow Nest. A monetary sign of 0.900 gold was made. Its total weight is 17.28 g, of which 15.55 g is pure precious metal. 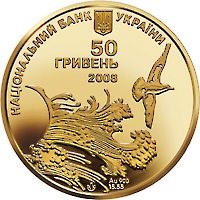 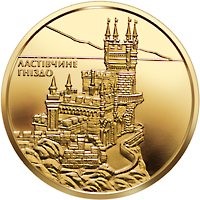 This is one of the popular investment coins of Ukraine. The purpose of its release is to demonstrate the skill, identity and uniqueness of the ballet troupe of Ukraine. The limited circulation of the coin (4,000 copies in total) increases its value. The money mark is made of gold of the highest sample. The total weight is 17.28 g, of which 15.55 g is pure gold. The obverse depicts ballet pointes and eight stripes imitating the curtain. The denomination of the monetary sign and the year of issue are also indicated. On the reverse is a relief image of the ballerina and a mirror reflection of the dancer behind it. On the same side there is an inscription: "Ukrainian Ballet."

This gold coin can be called a guide to the most memorable places of Chersonesos. Its obverse depicts antiquities, just above them - a signal bell and the entrance to one of the buildings of ancient times. The reverse depicts the Cathedral of St. Prince Vladimir. The product is made of gold 0.900 samples. Its price is fully justified.

There are many silver coins of Ukraine that are considered memorable. Their prices depend on the material used, as well as on the circulation and other parameters. Here are just some of the memorable banknotes of Ukraine with different costs:

"10th anniversary of the Chernobyl disaster"

This money sign has been issued for the 10th anniversary of the disaster at the Chernobyl nuclear power plant. Its obverse depicts the small State Coat of Arms of Ukraine, framed by branches of potassium. Above it you can see the year of coinage. In the circle, basic information about the product is indicated. On the reverse of the silver coin is a bell, on the crown of which is written "Chernobyl." The period of time from the moment of the accident to the release of the product is indicated under the bell. At the top, three words are written in a semicircle: "Tragedy. Feat. Warning. " 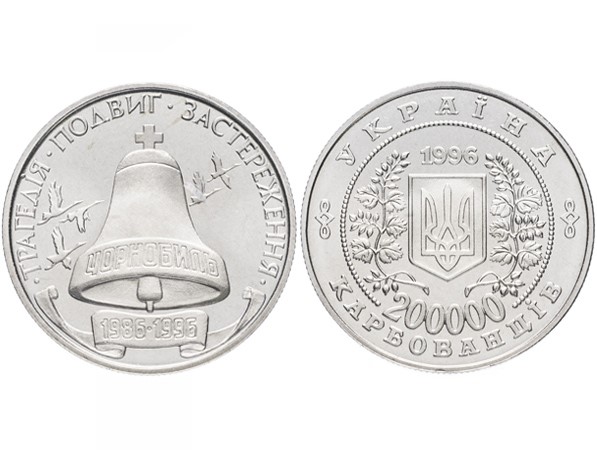 This money sign is dedicated to an event that is considered a guarantee of the spiritual freedom of the people. On the obverse there is an inscription: "From baptism to Tomos. The millennial path of the Ukrainian Church. " Below is the State Emblem of Ukraine. In the center you can see the domes of St. Sophia Cathedral in Kiev. The reverse depicts the Ecumenical Patriarch Bartholomew, signing Tomos. There are also several thematic inscriptions. 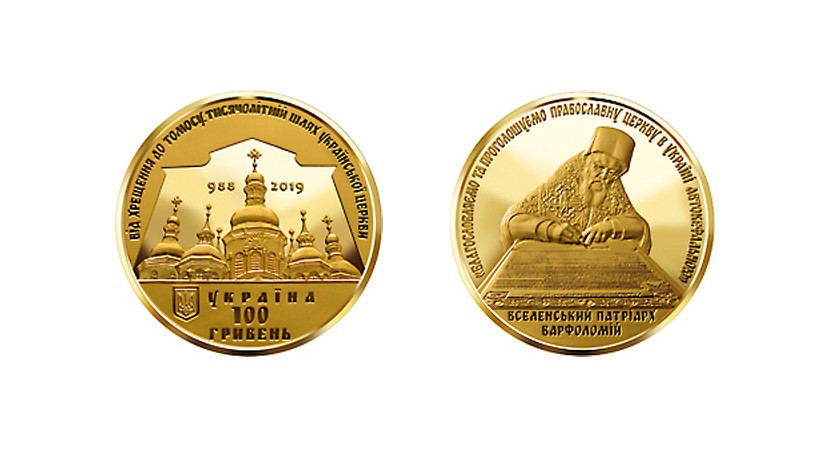 Not all gold coins of Ukraine, as well as silver banknotes are listed above. Their prices can change over time, and their value remains unchanged. You can buy copies from the Klita.Gold online store.