One way to invest money is to buy investment coins. Over time, banknotes become more expensive, and their sale allows you to make a profit. However, here the question arises: which coin to choose? In this article, consider one of the famous banknotes - the Vienna Philharmonicer. This coin is issued in gold and silver. Both options are popular among investors, since they are made of material of the highest standard.

The coin was released in 1989 and immediately became popular. Interestingly, this is the first monetary sign, the face value of which is indicated in euros. Initially, copies were produced in two versions: weighing 1 troy ounce, as well as a quarter of an ounce. Both options gained popularity, and in 1991 other monetary units appeared: in 1/2 ounces and in 1/10 ounces.

For more than 30 years of existence, the coin has not changed. Its design is completely the same as that of the first issues. 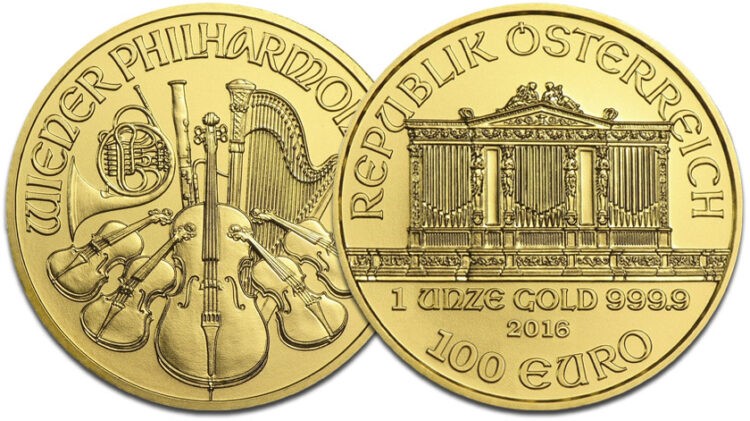 On the front side of the coin there are several musical instruments. Among them are harp, violin, double bass and others. Above the instruments, in the form of an arch, is the name of the coin. On the back is a large organ standing in the hall of the Vienna Philharmonic Orchestra. Over the instrument in large letters is written Republik Österreich, which translates as the Republic of Austria. Also on this side are the sample, weight and year of issue of the money mark. Below in the form of a semicircle is the face value of the coin. Thomas Pesendorfer worked on the design of the presented coin.

The Vienna Philharmonicer is in demand among investors around the world. The position of the coin in the world ranking is constantly growing and there are several reasons for this:

Money is invested in this coin for several reasons. One of them is the desire to make a profit, and the other is to become the owner of such a valuable and interesting copy.

Until 2002, the presented coin was nominated in shillings, but today it is presented in euros. The value of the money mark is directly dependent on the value of gold on the metal exchange in London.

The Philharmoniker, or as the Philharmonic also calls it, is a precious gold coin, a legal means of payment in Austria. The denomination of the monetary sign is 100 euros, but its real value is much higher. Today, it is rightfully considered a sought-after financial instrument created to save, increase capital.

The main parameters of the gold coin:

In 2004, on the occasion of the 15th anniversary of the Philharmoniker, the Austrian Mint presented a coin made of pure gold, and the weight of the money mark was 31.103 kg. For large dimensions, he was nicknamed the "Big Phil." The denomination of the monetary sign is 100 thousand euros. The diameter was 37 cm, and the thickness was 2 cm.

In total, 15 "Big Fillies" were born. Their number corresponds to the 15th anniversary of the issuance of the monetary sign. To date, 14 coins have been distributed to private collectors, and one of them is in the museum of the National Bank in Vienna.

In 2016, a platinum investment coin saw the light. The highest sample material is used for its release. The design of the money sign completely coincides with the design of the gold and silver versions of the Vienna Philharmonic.

Online store "Kalita.Gold" offers a wide selection of investment coins. You will find original high-quality banknotes. Photos and descriptions are attached to all of them. For greater preservation, they are presented in plastic capsules that protect them from various damage, adverse effects of external factors.

In our online store you will find some of the most famous investment coins in Austria. You can get more information, as well as purchase Philharmoniker from our managers through the feedback form presented on our website.