The Queen's Beasts series was released by the Royal Mint of London. The collection includes gold, silver and platinum coins, the design of which is based on the heraldic symbols of England.

Previously, the UK Mint minted only 2 series of investment currency units: Britannia and Sovereign. This was due to the conservativeness of the organization and following the established centuries-old traditions.

However, in 2014, changes began, which resulted in the release of the first "Lunar" Shengxiao. And then followed by one of the most popular series - "Beasts of the Queen."

History of the series

The history of the appearance of "Beasts" originates back in 1953. Then the famous English sculptor D. Woodford carved 10 statues of animals corresponding to the heraldic symbols of Great Britain. The statues were made for the coronation ceremony of Elizabeth II. Each figure was 6 feet high and was a symbol of the historical greatness of the country. The animals acted as "guards" of the new monarch. The collection was created on the basis of the "Beasts of the King" by Henry VIII, installed on the Hampton Court Bridge.

The series turned out to be unusual. She "diluted" the traditional English coin design. In addition, the Royal Mint in the first issued a silver coin with a weight of two ounces. The designs were designed by Jodie Clacrc. All images have a similar character. The animals are depicted behind a shield with heraldic symbols. Among them are both real animals and mythological creatures taken from legends and myths.

The set includes only 10 types of investment coins. And this made the series even more popular not only among investors, but also among collectors. After all, the smaller the circulation, the more valuable the coin becomes. The collection is released in three main formats:

At the moment, the Queen's Beasts series has been released in full. Two instances are available for purchase:

• "bullion" - currency units with a face value of 5 pounds and 10 pounds, made of metals of the highest sample, are only objects for investment;

What is included in the series

The coin was released in 2016. It was she who opened the series. The reverse depicts a lion with a royal coat of arms, symbolizing the absolute power of the monarch. The golden crowned lion has remained a symbol of Great Britain since the reign of James I, but the beast itself was associated with the country long before that. The coat of arms of Richard the Lionheart depicted three lions. Since the 12th century, this animal has been a permanent element of the coat of arms of each English monarch. 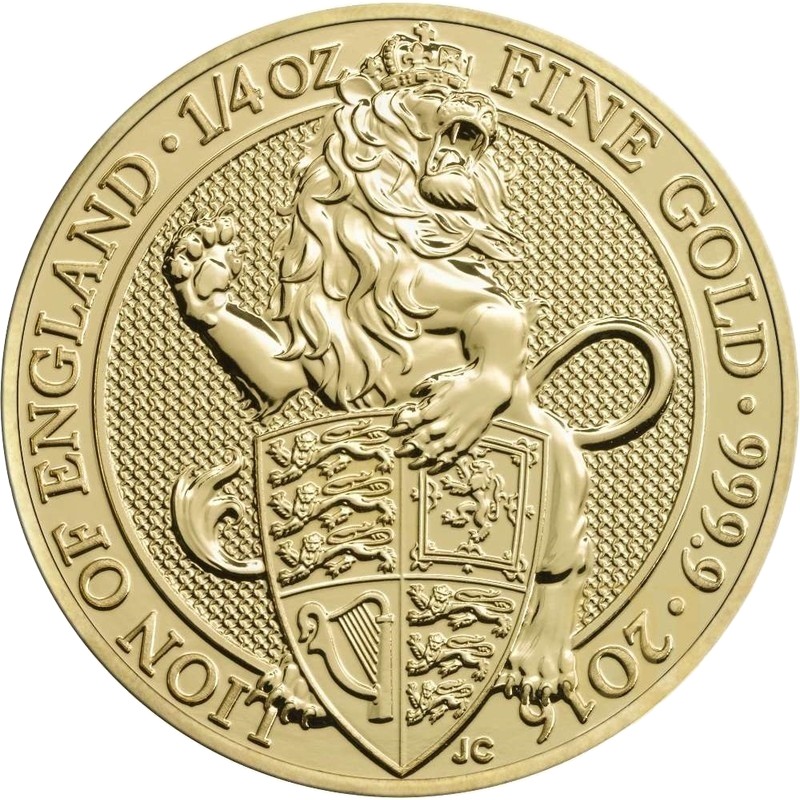 The griffin was depicted on the personal seal of King Edward III. This symbol did not appear by chance. The monarch ruled for more than half a century, and therefore was associated with a mythological creature that personified courage, courage and vigilance. 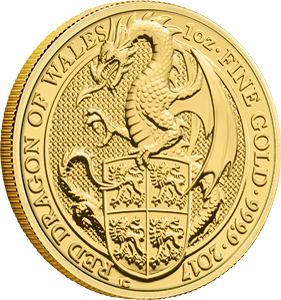 The dragon is one of the most famous mythological creatures that is present in the tales of almost all countries of the world. This beast is found in Welsh records dated to the 6th century. Initially, the image of the dragon was made on the emblem of Owen Tudor. The creature personified the right of Tudor to the Welsh throne, later the emblem passed to his descendants.

During the battle of Bosworth, Henry VII's soldiers carried banners depicting a red dragon. Although the beast is called "red," its belly has a golden color. In his paws, the dragon holds a shield divided into 4 parts depicting leopards. This is the coat of arms of Llywelyn ap Griffid, the last independent ruler of Wales. 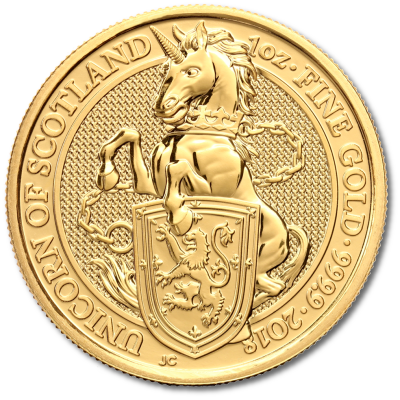 One of the most significant events of English history took place in 1603, when King James VI of Scotland united Scotland and England and also became James I of England, the first king of England from the Stuart dynasty. As a symbol of unity, the king placed on his coat of arms the unicorn of Scotland and the lion of England. Since then, the symbol has remained unchanged.

Why the unicorn became the symbol of Scotland is not known for certain. However, history has recorded that in the 15th century an image of this mythical creature was minted on Scottish coins. There was a crown with a chain on the neck of the unicorn, this symbolized the taming of the creature by the king. 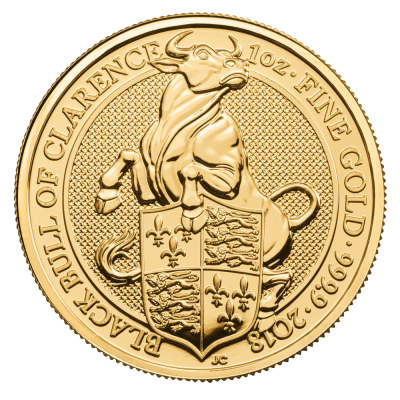 The bull in English culture symbolizes power. There are scientists who tend to believe that shields depicting a black bull were in the hands of Yorkists when the Lancaster house fell in the 15th century. As a result of these events, the representative of the York dynasty, Edward IV, became king of Britain. And in the 16th century, by order of Elizabeth I, coins depicting a bull began to be minted in the kingdom. 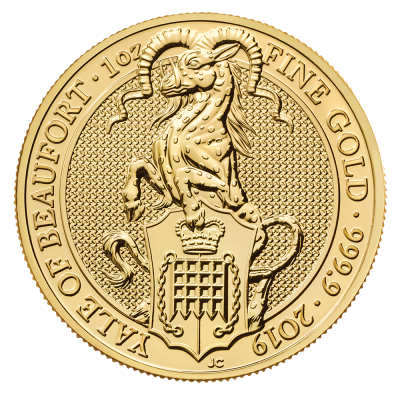 Yale appeared in monarch symbolism with the filing of Henry VII's mother Margaret Beaufort. Yale is a mythical creature resembling a goat or antelope. It is very large, has black or red wool. The jaws of the animal are like a wild boar, and the tail is like an elephant. The falcon "belonged" to Edward III Plantagenet. He loved these birds very much, so he chose as his symbol. At the coronation of Elizabeth II in the paws of a white falcon was a shield with a badge on which another same bird was painted in an unlocked "shackle" of gold. This symbolism was popular in the York and Lancaster dynasties. The white horse is a traditional symbol of Great Britain, which appeared many centuries ago. The history of the image originates in Germany of the Middle Ages, from where the ancestors of George I. It is known that the horse first appeared on the seal of Albert I, Duke of Brunswick-Grubenhaben in 1361. The duke was part of the Guelph family, which financed many German monarchs and noble persons. 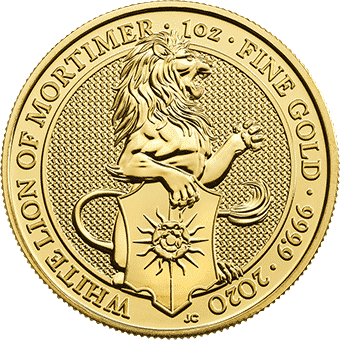 Lions, of course, are the most popular symbols of the English kings. But if the "Lion of England" is depicted as formidable, with an unfolded mouth frozen in a sonorous row, and a raised paw, demonstrating strength and power, then the "White Lion of Mortimer" symbolizes devotion. He is not crowned with a crown and is not so formidable. 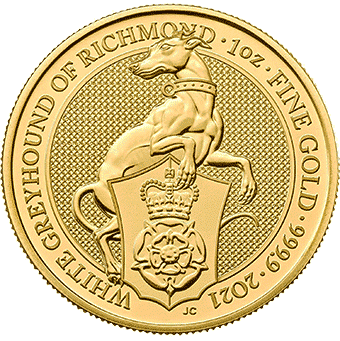 The dog was a symbol of John of Gaunt, Duke of Lancaster and Earl of Richmond, who was also the father of Henry IV. The hound symbolizes honor and is associated with the north of Great Britain. Borzai on an English coin is almost identical to the statue. In her paws, she holds a shield depicting the Rose of the Tudors with the royal crown.

The price of coins is formed depending on the weight of the precious metal from which they are made, the year of issue, and quality. So, for example, the silver 5-pound "Black Bull of Clarence" weighing 2 ounces as a "bullion" is estimated at about 39 American dollars. And the "Griffin of Edward III" from silver of the same denomination, weight and quality costs about $60. One of the most expensive coins in the series is the silver "Red Dragon of Wales," which has a face value of 10 pounds and a weight of 10 ounces, the quality of "pruf." Its price is about $1,100.