We present you coins from the series "Call of Nature." Each of them is beautiful and unique, and you can buy them in our online store. In this article, consider all the participants in the series.

Description of the series

The series "Call of Nature" includes seven coins: "Growling Puma," "Howling Wolf," "Deer," "Golden Eagle," "Roaring Grizzly," as well as "Moose" and "Lynx." All banknotes have common features and are made of gold of the highest standard, which can only offer modern production. The year of foundation of the series is 2014. The Royal Mint of Canada, located in Ottawa, issues banknotes. The artist of the series is Pierre Leduc. 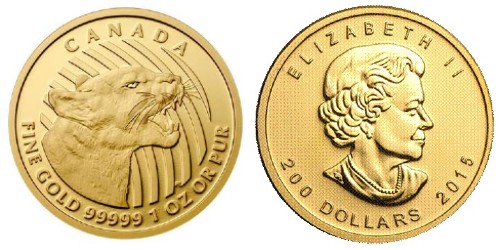 A gold coin suitable for investing. The composition includes 1 ounce (31.1 g) of the cleanest gold. The thickness of the money mark is 2.87 mm, and the diameter is 3 cm. A large gold content of 0.9999 samples turns the coin soft, which is why it must be stored in a special capsule.

"Growling Puma" has a small circulation, only 250 copies. Which, coupled with the high quality of the alloy, makes the money mark popular. On the front side of the coin is the profile of Elizabeth the Second, turned to the right side. Above the image there is an inscription - ELIZABETH II. Under the portrait is indicated the face value and year of issue. On the reverse of the money sign is the head of a puma with a torn mouth and a detailed mustache. Lines in the form of arcs that transmit growl are selected as the background. 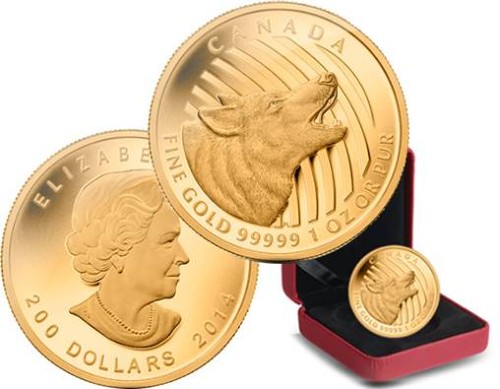 The diameter of the money sign is 30 mm, the thickness is 2.87 mm. The total weight is 1 ounce (31.1 grams). A total of 2,000 copies were released. On the obverse of the coin, like everyone in this series, is the profile of Elizabeth the Second, turned to the right side. Above the image there is an inscription - ELIZABETH II. Below is the face value and the year of issue. All inscriptions have relief letters.

The reverse shows a wild wolf looking to the right. The mouth of the beast is open, fangs do not stick out, there are folds of wool on the neck. Lines in the form of arcs, also embossed, are used as a background. They symbolize the growl of an animal. 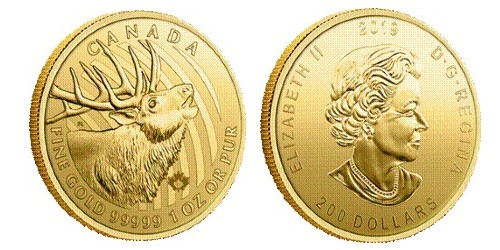 The design of this coin is similar to other products in the series. Only an animal is different. The nominal value of the coin is 200 Canadian dollars. Circulation - 400 pieces. 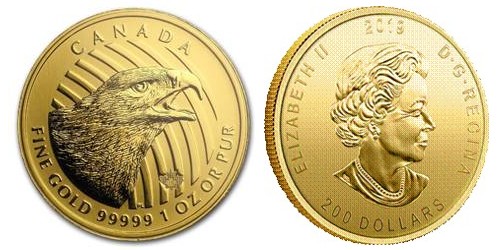 The denomination of the coin is also 200 Canadian dollars, which is the largest indicator for investment coins with one ounce of gold. Circulation - 2000 pieces. The design of the Golden Eagle is the same as other coins in the series, with the exception of reverse. 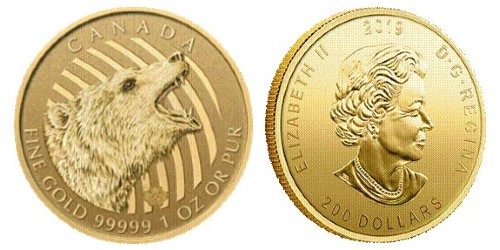 It was issued by the Royal Canadian Mint in the amount of 2000 pieces. It is made of gold of the highest sample. The total weight is 1 ounce. On the obverse of the coin is the profile of Elizabeth the Second, turned to the right side. Above the image there is an inscription - ELIZABETH II. Below is the face value and the year of issue. The letters of all inscriptions are embossed. The reverse shows the grizzly. Under the neck of the animal, at the bottom of the coin, there are two wedge leaves (one in the other). Inside the small one there is a figure indicating the year of release. This miniature image is made with a laser with high accuracy, which is a kind of protection against counterfeiting. 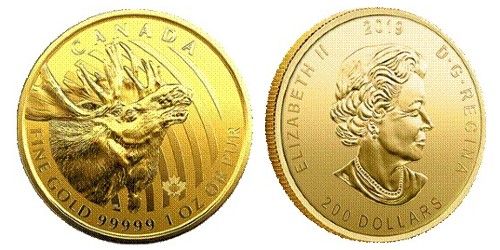 Another coin in the series "Call of Nature." We can say that she occupies an honorary place in the collection. According to legend, the ancient inhabitants of the country worshipped this animal, since it returned them fire and warmth, freeing them from the kidnappers of the Sun. In addition, moose is a very strong and resilient beast that can move long distances. 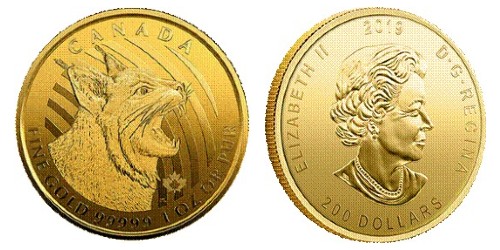 Like all participants in the series, it contains 1 ounce of gold, has the status of a legal tender in Canada. The nominal value is 200 Canadian dollars. On the obverse is a portrait of Elizabeth the Second, created in 2003 by Susanna Blunt. The reverse depicts a lynx with a backhand head and an open mouth. Stripes on the background imitate the animal's growl.

Investment coins of the series are available in Kalita.Gold at favorable prices. You can get more information about them, as well as make an order through the feedback form on the site.