Krugerrand is a gold investment coin issued by South Africa. Its appearance is connected with the idea that all people get access to gold, be able to become its owners. Today, this coin is still in demand among investors and collectors. She is interested, she is actively bought and sold, wanting to make a profit. In this article, we will understand in more detail what this coin is, consider its main characteristics.

Krugerrand was first released in 1967 at the South African Mint plant. This was the first coin containing 1 ounce of gold. We add that the money mark does not have a face value, but this did not prevent it from becoming a legal tender.

Krugerrand is the first copy, the cost of which is calculated based on the current price of gold. We add that for a long time the import of this money sign was prohibited. This was due to protests in South Africa caused by a policy of racial segregation. This moment of history makes the product even more popular. It appeared freely only in 1994. 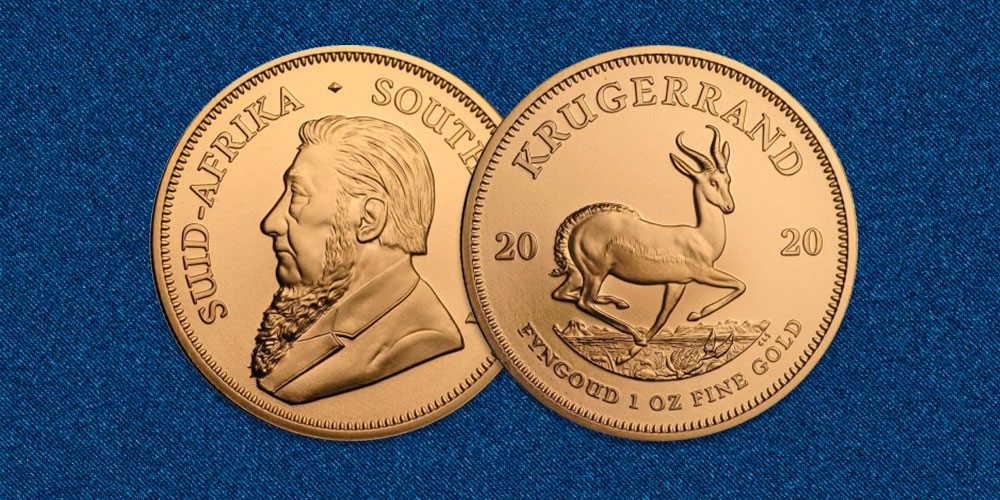 The name of the coin is associated with the president, who was in power at the time of its release. "Krugerrand" is a combination of the name of Paul Kruger, who headed the republic in the 1980s and 1990s, and the name of the monetary unit of South Africa - rand.

All products are minted from high-grade gold - 917. Copper impurities make the products more durable, resistant to abrasion. We add that until 1980 a coin with one troy ounce was published, and after that other options were issued - 1/2, 1/4, as well as 1/10 ounce. On the occasion of the 50th anniversary of the release of the series, the light saw a silver money sign issued as Proof, as well as in Premium UNCirculated. His release made a splash. Silver 999 samples were chosen as the base. The design of the money sign completely coincides with other issues.

Krugerrand is a durable coin with an interesting story. For safety, it is placed in a special capsule. In such packaging, it can be stored for decades, without losing its attractiveness.

"Krugerrand" is a rather recognizable money sign. His obverse depicts the fifth president of the Republic of South Africa, the leader of the resistance movement against the British. The inscription: "SUID AFRICA SOUTH AFRICA" was placed in a circle.

On the back of the gold coin was an antelope, an animal found in the open savannahs of South Africa. Above it is an inscription reflecting the mass of the money sign. Also on the obverse is the year of issue of the coin and the weight of pure gold.

The money mark offered to your attention is considered one of the most successful investment coins issued by South Africa.

The proposed product has many advantages. It is known, in demand, and its quality has been preserved for decades. Consider the main arguments for buying this money sign:

Gold investment coins are a reliable, "working" way to preserve and increase capital. Their cost is slowly but confidently growing all the time. Buying as well as selling a money mark is not taxable, which makes transactions simple, even for those who have not encountered them before. We add that "Krugerrand" is a good, original gift for any reason. It can be presented to a leader, a loved one, or any other person. You can buy this money sign from our online store. The authenticity of all funds is guaranteed.